Raining on the farmers’ parade

Rain is usually considered a harbinger of joy, happiness, and for agrarian based economies like ours, fortune and prosperity.  But something about the recent unexpected rain spells has been causing a lot of concern in the country. While city dwellers enjoy the cloudy relief from the sun, rural farmers are almost tearing their hair in despair. Like with everything else in the world, timing is everything.

The recent out of season downpour accompanied by hailstones the size of golf balls has come at a terrible time; the old crop was either being readied for harvest, or had been recently harvested during the cutting season, but was still in the fields and not in the safety of a warehouse or store. 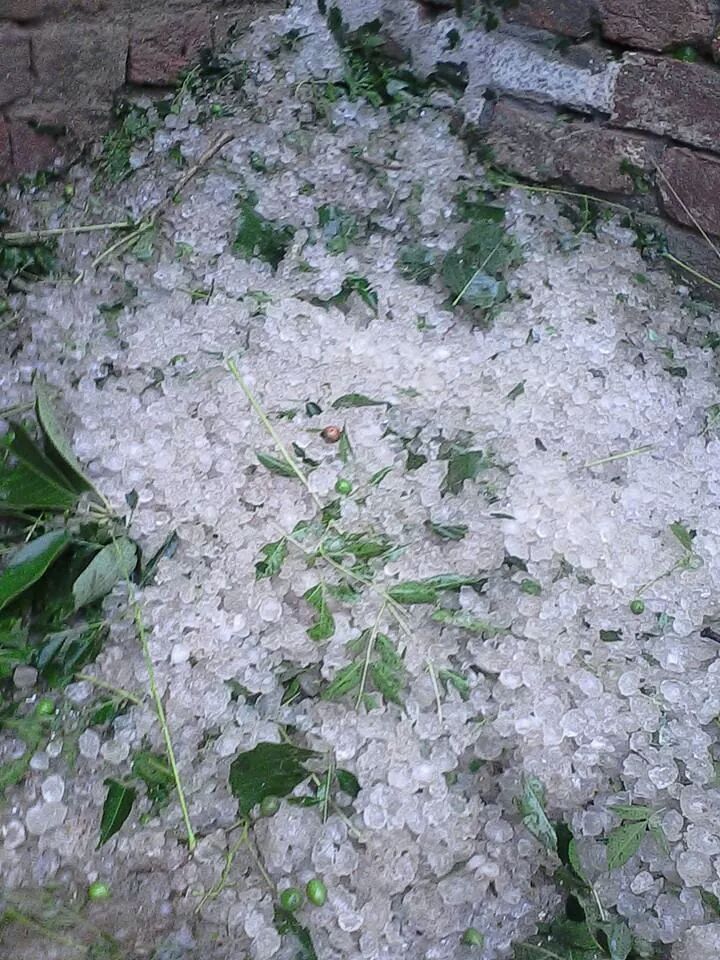 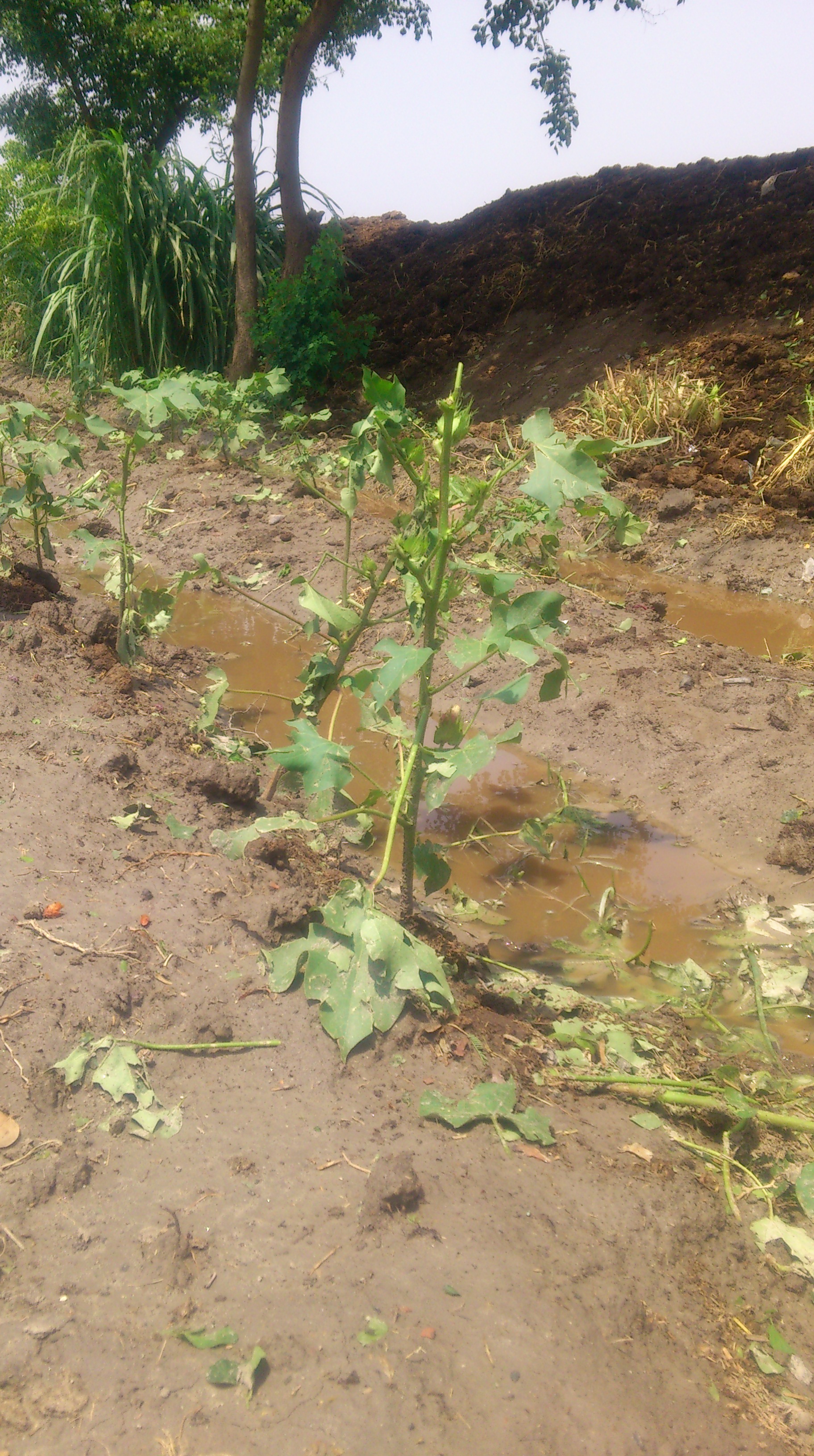 The farmers in the bread basket of Pakistan have suffered huge losses as a result. Explaining the dynamics of this abnormal occurrence, Pakistan’s Chief Meteorologist, Dr. Ghulam Rasool made a foreboding remark that a similar abnormality had occurred in 1997-98, which had resulted in a 3 year period of drought in Pakistan.

He was skeptical about the efficacy of the in-place early warning systems despite the fact that the Food Security Division of the Government stays well connected with the Pakistan Meteorological Department, which has a special section of farm sector specific weather information on its website. However, he says the task of outreach of that information lies with the Agriculture Extension Division, which has not been able to cover the farmer community in its entirety.

Giving details of the damage, Amir Hayat Bhandara, a farmer from the Pakpattan area shared pictures showing the damage to the standing as well as harvested crop. He says that damage is so extensive that the government should carry out an in-depth evaluation, and even declare the areas as calamity hit so they can be provided with relief through waivers of taxes, loan repayments, and subsidy support in the supply and pricing of agricultural inputs. He said farmers have also been calling for crop insurance in all districts in lieu of the unpredictability of the rainy season. 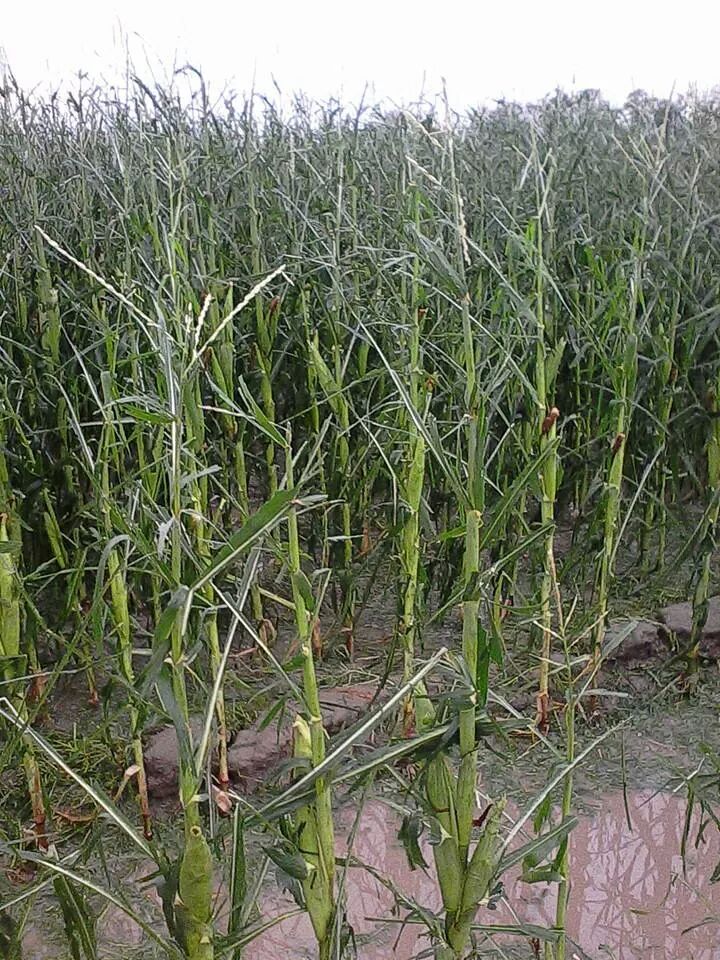 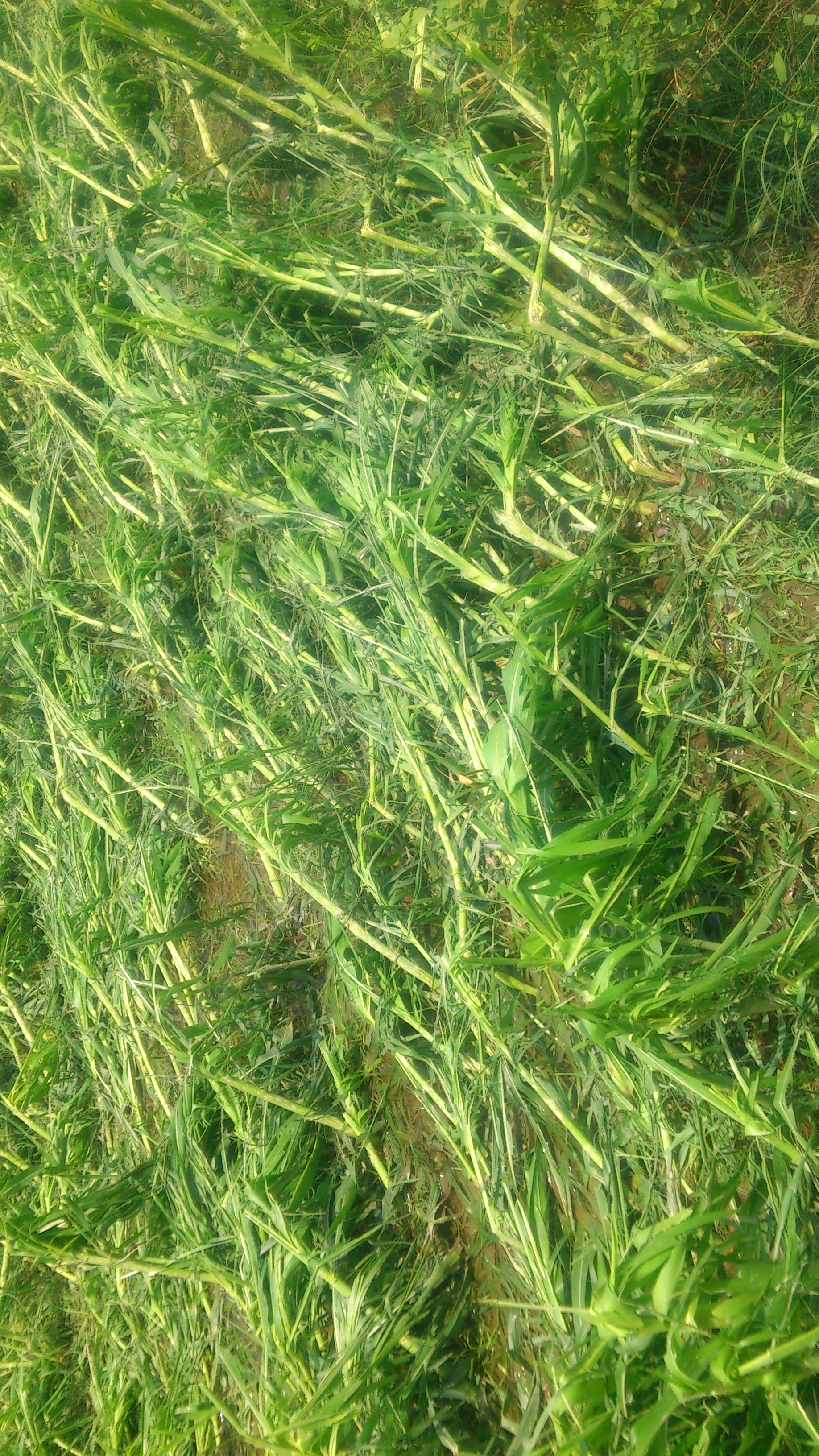 Dr. Pervaiz Amir, Pakistan’s leading agro-economist and climate change expert says that the rains and hail, accompanied by high velocity winds have laid waste to wheat bundles in the fields, and have also damaged livestock.

The capricious weather will also have a negative affect on mango production. Dr. Amir warns that there will be a major reduction in mango yields due to the strong, windy conditions. This may result in at least a 25% or more increase in the price of mangoes. However, the reduced temperatures and moisture will prove beneficial for cotton sowing. It may even be good for sowing rice and preparing land for future use, and may also have a positive impact on fodder production.

In the context of climate change, adaptive measures through crop rotation will have to be enforced, drastically altering the current cropping calendar. He urges bridging the Information and knowledge gap and making farmers aware of the forecasted changes as the agricultural sector desperately needs to be climate proofed.

Dr. Qaiser, a research scholar studying the impacts of climate change on agriculture also cautions about not keeping pace with new developments, especially new pests and diseases that are likely to attack the crops in view of the changing climate. These will not be eradicated by the pesticides currently in use and may cause further damage.

The findings of a research project called ‘A Micro-Economic Study on Climate Change: Adaptation in the Indus Eco Region’, jointly conducted by WWF-Pakistan, LUMS (Lahore University of Management Sciences), LSE (London School of Economics) and supported by IDRC (International Development Research Center), warn of an almost 10% loss in agricultural productivity due to these impacts, which would compromise food security for Pakistan. This research was spearheaded by Dr. Adil Najam, former Vice Chancellor of LUMS, and a leading authority on the environment and climate change.

Even the National Climate Change Policy has articulated the existential threat of climate change to Pakistan. It very emphatically states that “only by devising and implementing appropriate adaptation measures will it be possible to ensure water, food and energy security for the country….”

Leading environmental lawyer Rafay Alam has listed the key adaptive measures that need to be taken to safeguard the agricultural sector.

They include changing the cropping pattern according to the availability of water, better production management, and more informed decision making on use of land. Of course this is directly linked to the judicious use of the available water resources, which are depleting, and planning for the future, coupled with research, and the dissemination of this information through farmer trainings and workshops.

However, all that has to be part of a long term, on-going strategy to safeguard the agricultural sector. For the present, the government needs to send its field forces out to assess damage and assist the farming community that has been hit hard by these untimely rainy spells. The long term plans will have to go hand in hand with damage control.