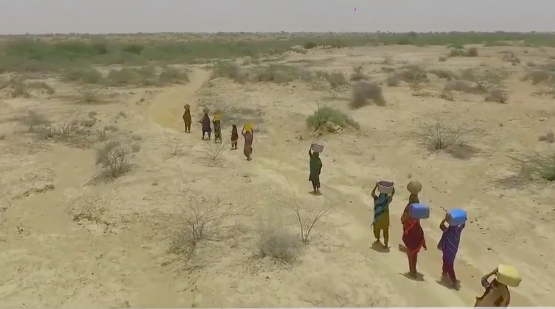 On World Water Day 2018, think water, think women, and think Nature Based Solutions, or NBS as they are called. Why women? Because there is a clear water and women nexus in most communities that places the responsibility of fetching water, and its judicious use, on women.

Why Nature? Because as has been explained in the theme:

This makes perfect sense where there is a paucity of resources to meet the dire needs of water access for communities.

It also makes sense because grey structures interfere with Nature. Their negative impacts in the surrounding, and downstream areas have been widely documented.

Nature based solutions allow benefit from Nature’s bounty while allowing it to also replenish and sustain itself, and life, human, animal, insect and plant, life around it.

I have been fortunate to have witnessed one such solution implemented through the Indus Earth Trust Water for Women project being implemented in Kohistan union council of Thatta District with the assistance of Coca-Cola Foundation.

An arid area totally dependent on the water collecting in natural depression from hill torrents racing down twice a year from the adjoining Kirthar Hills, this hot and windy areas sees it disappe

ar all too soon, especially in the summer when rapid evapouration takes place.

The area gets rain for a few days twice a year and that is is only source of water. 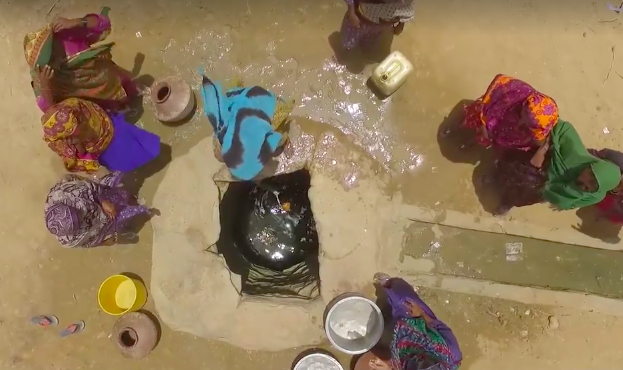 Women, who bear the physical and social burden of fetching water have to go further and further in search of the watering holes to fetch water for household use as well as take livestock there to fulfil their needs.

The heavy containers of water on their heads take a toll on their physical health, and the distance consumes the better part of their day as sometimes they have to make the trek thrice to meet their needs.

There is no getting away from this arduous, tortuous task no matter which state of sickness or health they are in. Girls as young as eight years carry a container their physical capacity would allow them, and trudge along with their mothers in search of water.

Bringing water is such a gender specific task that all waking hours of the females revolve around it. This not just compromises their physical well being but also deprives them of a chance to acquire education.

The simple nature based solution that Indus Earth Trust settled on was to ensure the presence of water around the year closer to the scattered villages, by excavating those natural depressions so they could become a large reservoir that could store a lot more water than was otherwise possible. 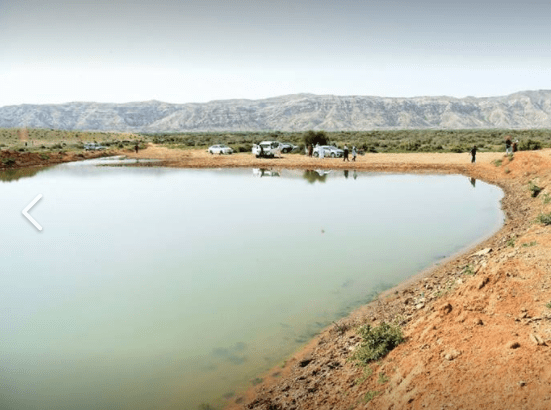 By adhering to the principle of minimal interference with nature, the reservoirs filled as a result of rain water harvesting, have been left unlined, to facilitate the replenishment of the aquifer through ground-water recharge, that meets with Coca-Cola’s objectives.

Through a specialized method of quantifying the amount of replenishment, in the past 1 year since the project began, LimnoTech’s quantification shows 150.4 Million Litre replenished through these 24 reservoirs.

This is just an indicator of the benefits of looking for low tech, simple Nature Based Solutions to solving problems related to Water. 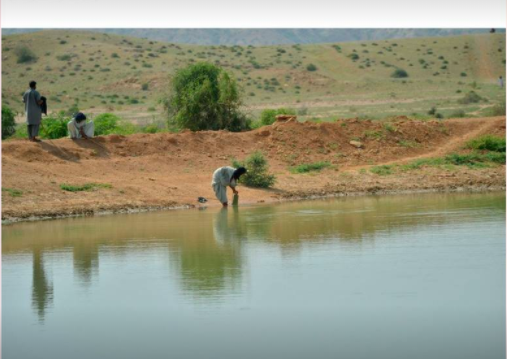 Another intervention in Kohistan: