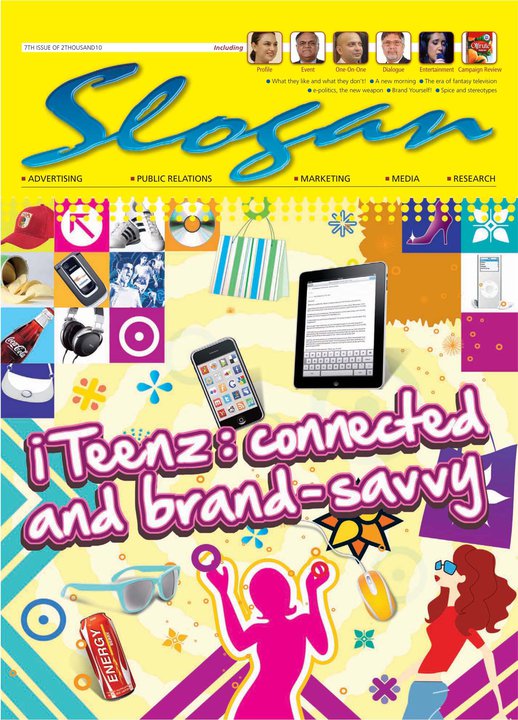 Now I do not have any figures to throw at you, nor am I privy to any research that may have been conducted  on the topic. I am not even going to nitpick the whys and hows of what shapes teenage buying behaviours.

What I shall rely on is my gut feeling that has not really served me all that badly over the last half century or so, and on first hand experience of bringing up three teenagers myself, and observing how they act on life’s stage as a group.

Despite claiming ownership of ‘out of the box’ solutions, many advertisers have a penchant for pigeon holing their audiences. However, it must be kept in mind that there is a considerable blurring of the lines between the typecast Generation X, Y and Z.  They are all different, progressively smarter, connected and informed. The leapfrogging of technology that affords so many options of connectivity has made the job of the advertiser much more challenging.

The brands are no longer the buzz word…. This is a young audience that wants to experience life, try new things, and is willing to live with its mistakes and move on. It is very difficult to cultivate brand loyalty in teenagers who want to experiment. The challenge, as in the case of all other market segments, is in inducing trial, but the greater challenge is of retention.

Word of mouth, or peer comments through social networking tools like Facebook and Twitter, and text messaging can be the make or break of a brand. One negative comment on a product or service, and you will be hard pressed to stop the domino effect in the conversation stream. Don’t forget, the Generation Z is not really into watching television, or reading the newspapers or magazines. It spends a lot of its time in the virtual world, so that is where the brands need to reach them.

Then again, get someone to ‘Like’ whatever it is you are pushing, and half the battle is won. Peer acceptance is what really sells with teenagers. You will find very few mavericks here.  They maybe rebels, but in a strangely conformist way, conforming to the norms of their own generation.

So, how does an average, urban, middle to upper middle class teenager respond to the advertising messages they are bombarded with? Well, aside from going to school, which is also a form of ‘hanging out,’ in their spare time the kids ‘chill out’ by frequenting restaurants, malls and shopping centres, or spending time making use of the unlimited texting packages or in cyberspace on social networking sites.

They are loyal only to the brands that serve their lifestyle, and for only as long as they go along with it. The minute someone or something offers them a better deal they will shift, so probably brand loyalty is not even the right term to use here. This term implies a long term relationship, and it would be unfair to even expect that given the short time they have been here on the face of the earth.

Customer retention is possible only through ‘upsizing’ the existing package of products and services. Like the upsize glasses of fizz and fries, they want more in the same price, be it a buy one get one free deal on t-shirts and jeans, or a garlic mayo roll.

Probably the telecom sector is one that has really caught on the psyche of the Generation Z as it keeps offering them more for less, and herein lies the secret of their success. The all night free call rates, the texting ‘packages’ have given them a captive customer base, but the hook here too is the cost vs. benefit ratio, about which this generation is very, very savvy.

The effectiveness of the way these companies are reaching this target market is no less than if they employed Direct Marketing methods. This is not a generation that gets influenced by TV Commercials, because when the remote is in their hand, they flip channels faster than the blink of an eye, and at least in Pakistan, we do not boast of any captivating youth magazines that can promote the products and services they crave.

Hence the bombardment… Above the Line as well as Below the Line… outdoor impulses, interactive promotional campaigns of shows and concerts, sports and entertainment industry celebrity brand ambassadorship, and direct interaction at shopping malls are all a part of a no-hold- barred marketing strategy of outreach to this group of consumers with a disposable income their age group in the previous generations never had access to.

So, as far as capturing this segment is concerned, be warned…. The Generation Z is cool, smart, savvy, a spendthrift and knows what value for money is all about. So where does brand loyalty figure in all this? In this free for all, the winner will be the one who can win the downward spiral of the price war, though the real winners are the smart young men and ladies in their teens.

Afia stepped into the field of journalism in 1978, becoming the country’s first female cricket journalist. However in 1991, she branched out to advertising, and headed the creative departments of three ad agencies: Blazon-Grey, Argus, and Blitz-DDB, over a span of 15 years. She then went into development sector communications and is currently involved in media trainings.

In a Fix Again: How Did Pakistan Cricket Arrive in this Tight Spot

Remember Me When I’m Gone